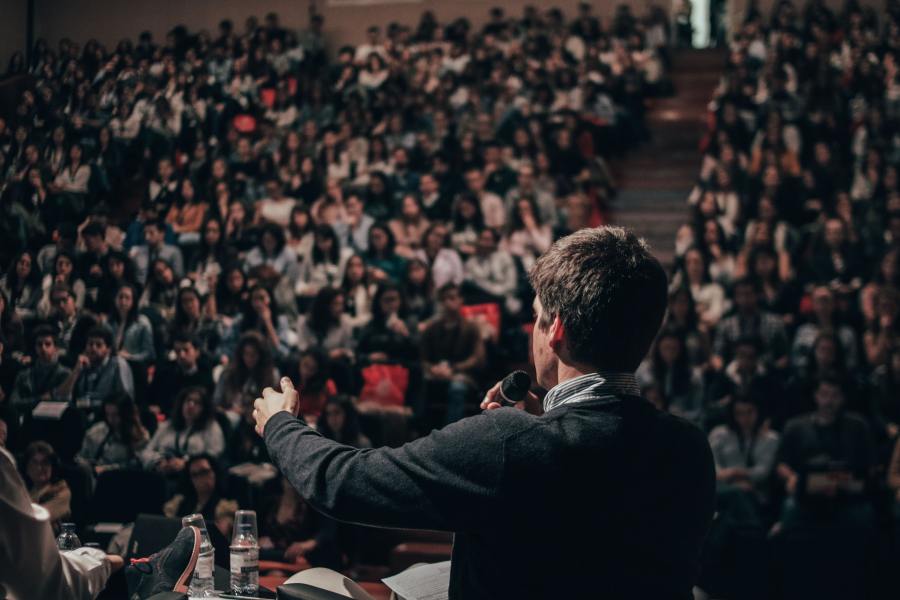 In this series, I look at easy pitfalls to fall into when using social media as an artist to promote one’s work. Click here to read the first installment.

Recently, I was at an office building covering an event for a local newspaper. Several administrators and county officials were there to oversee the event, and since I was the press, I introduced myself to one of them. He shook my hand, asked my name, and almost immediately started giving an official-sounding about what he felt about the event. How it would benefit the community, what it meant to him, and so forth. He’d clearly taught himself to launch into statements like this the moment he met a journalist.

I didn’t really mind that the official did that. It was part of his job. Working in local government means you have to say things to people or the press all the time – something that will sound polite, impressive and which you wouldn’t mind having quoted later. At a certain point, you learn how to say these sort of things at the drop of a hat.

What does this have to do social media or art, you ask? Plenty, because anyone who wants to have a healthy social media following has to do the same thing.

To keep your followers (and gain more), you have to post things on a regular basis. They have to be interesting, impressive, winning things that give people a good impression. Sometimes you plan out these things in advance. More often than not, you create them based on something that’s recently happened. You respond to a question a fan asks you on Twitter. You see one of your colleagues has released a new piece of work, so you write a blog post on how it affects you. Etcetera.

This is a great skill to have, but it makes it hard to say anything deep. When you’ve taught yourself to give quick but impressive responses on a regular basis, your responses may not always be genuine. You don’t always have to time to say something really substantial, so you simply say something to avoid creating awkward silence.

There’s nothing wrong with having a quick response, but we must never become so used to being quick that we never have anything deep to say.