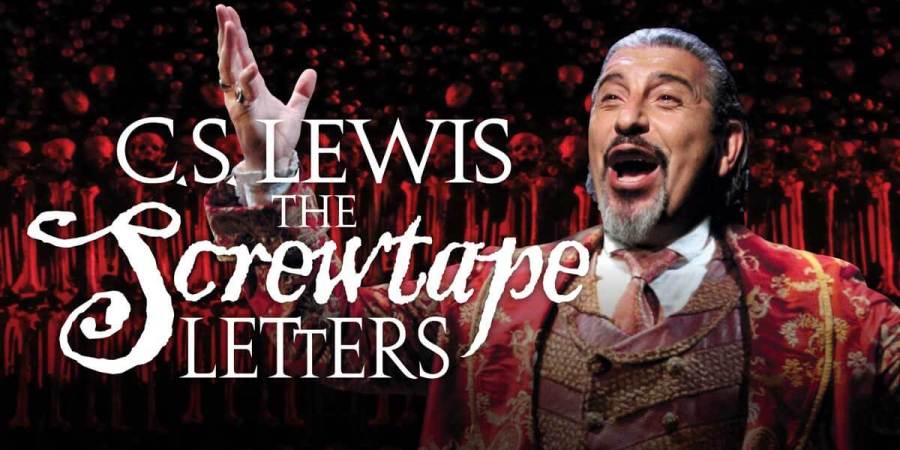 I’ve read the book multiple times and even written my own Screwtape-style satire (a supposed memo from the Vice President of the 8th Circle of Hell to one of his minions).

But the thing I always remember first when I think about The Screwtape Letters is my first exposure to it, a two-person play version I saw in 2011.

Produced by the Fellowship for the Performing Arts, this is still one of the best plays I’ve ever seen,

As I left that play, I got a theatre booklet which included production facts about the play and an article titled “Why Good Theatre Matters,” written by Max McLean, who founded the Fellowship for the Performing Arts and frequently plays Screwtape in the production.

At that point, I didn’t know many people willing to talk about how hard it is to be artistic and a Christian, or who knew how to make Christian art that even secular people would respect. MacLean’s thoughts on the subject really impacted me.

In the article, McLean talks about how when he stated the Fellowship, many Christians weren’t interested in theatre productions, and many secular people thought Christian art was bad quality. He decided he wanted to change that, and to do so he used three criteria.

“First,” McLean writes, “we would carefully select and produce work that would capture Christianity’s ability to engage the imagination. This naturally led to looking at the Bile and C.S. Lewis as source material.

Second, we would execute our work at a level worthy to be produced in mainstream cultural venues where a diverse audience would see it. This meant that we had to set the quality bar very high.

Third, we would ask the Christian community to support it.”

(You can find McLean’s full article here, in one of the Fellowship for the Performing Arts newsletters).

(Here’s where I got the cover image)