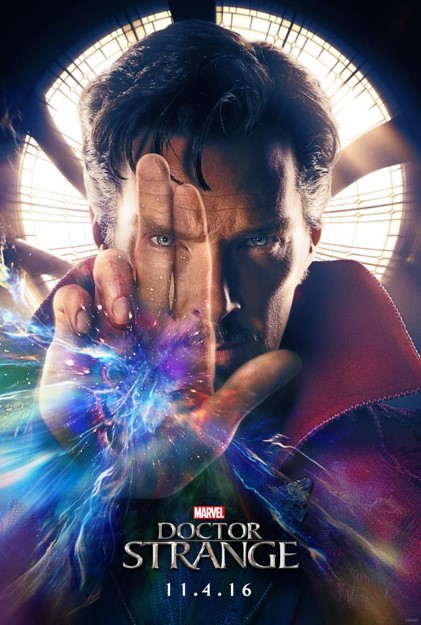 (Part 4 of 4, based on a workshop on fitting faith-based themes or symbols in mainstream stories. Here’s Part 3 for those who missed it).

Method 4: Talk about spiritual ideas openly, but in different words.

The 2016 movie Dr. Strange (co-written and directed by Scott Derrickson, whom I mentioned in Part 1) shows this idea very well.

In the beginning of the film, Dr. Steven Strange shows himself to be pretty arrogant. He puts other doctors down and flaunts his pay scale with his dozens of expensive watches and fast car. No one describes him as an atheist, but he’s certainly more interested in himself and his material possessions than anything spiritual.

After his hands become disfigured, Strange takes a tip from a patient and travels to Asia to find the Ancient One, someone he thinks can heal his hands. Then the Ancient One starts talking about the supernatural and magic as a means to heal, and Strange

He quickly realizes he’s wrong. Then he humbly asks the Ancient One to train him.

Initially, Strange has a hard time learning to use magic compared to his fellow students. After watching him struggle for a while, the Ancient essentially tells him, “Your ego’s getting in the way. You’re trying too hard to control the power. It sounds paradoxical, but you have to submit to this power to use it. Surrender, Steven.”

To sum it up, Strange can only heal his hands if he submits to something greater than himself — the supernatural power. Symbolically, he also submits to someone else’s cause, chooses to take part in a huge battle against forces of evil rather than simply get his hands healed and go home.

This idea, of strength and healing only coming through submitting,  plays very heavily in Christian theology — Christians believe they can only start healing from their sickness (sinful nature) if they submit to something greater (God).

In Doctor Strange, this idea gets wrapped into the context of comic book magic and an epic adventure, making it palatable to mainstream viewers.

In short, this film shows that you can talk about theology in secular stories, you just have to talk about in words that don’t scream “Christianity.”

Fitting spiritual themes/symbols in stories (or Creating 3rd Spaces, as I put in Part 1) takes practice. This is particularly true for writers like me, who aren’t used to thinking about Christian idea in other contexts.

But if you make spiritual ideas fit organically – through spiritual characters, examining inherent spiritual themes, combining spiritual symbols w/ other symbols, or looking for ways to express spiritual ideas in different words — you can bring those ideas to readers who may never have experienced them before.