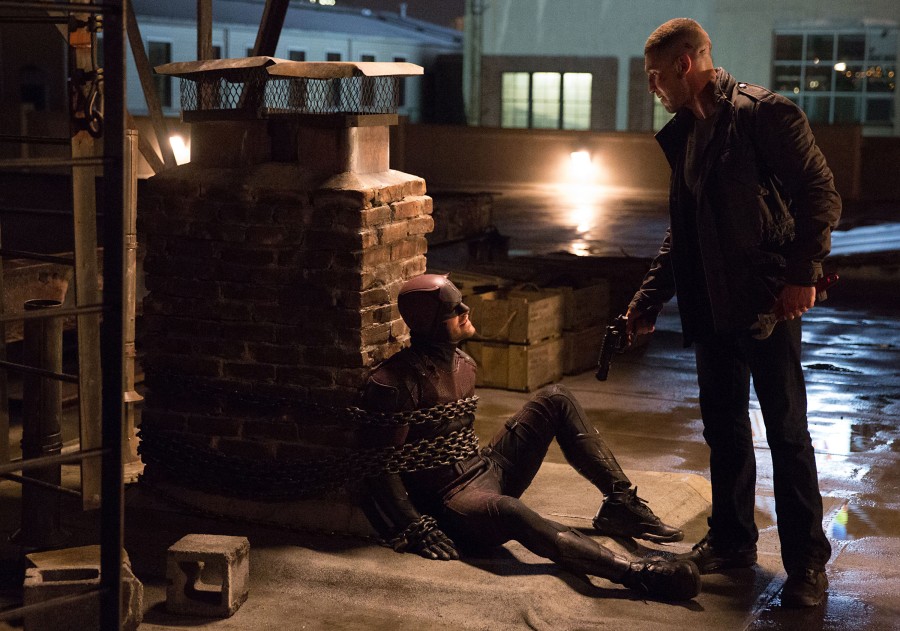 What is a Third Space?

Third Space is a term I’m basing on a quote Scott Derrickson, director/co-writer of Dr. Strange said in an interview w/ RELEVANT magazine.

Derrickson’s a Christian, so RELEVANT asked how his faith influenced making Doctor Strange. Initially, Derrickson said he’s gotten over the impulse to express his views in his movies, then added:

Going off this idea, a Third Space is a story that includes supernatural or faith-based ideas presented in a way that spiritual and secular people can both relate to.

This means the Christian elements have to organically fit in the story, they can’t feel forced.

Method 1: Create characters with spiritual beliefs and put them in situations where they will naturally discuss spiritual ideas.

One great TV show that illustrates this method is Marvel’s Daredevil.

Matt Murdock, aka Daredevil, is Irish Catholic, and his faith comes up on various occasions throughout the show’s story.

From the beginning of the show , Matt meets with a local Catholic priest named Father Lantom. In one meeting, Matt asks Lantom if he believes in the Devil, and they discuss whether the Devil is an outside force or “walks among us” (the devil in every person, sinful nature).

In season 2, Matt meets with his co-worker Karen Page to discuss a new vigilante, the Punisher. Authorities have finally captured the Punisher with Daredevil’s help and discovered that although he killed many people, his victims were all connected to the death of his family. The Punisher was performing revenge killings.

Matt and Karen argue about whether it’s excusable for the Punisher to kill criminals murdered his family.

“It’s not [the Punisher’s] decision who lives or dies,” Matt replies, “that’s up to God – and sometimes a jury.” He’s making a clear statement that he believes in God, and God is the ultimate judge.

In another season 2 scene, the Punisher captures Daredevil and they argue about their differing views. Among other things, they discuss whether people should receive second chances, whether there’s any goodness in people, and whether it’s foolish to hope for redemption.

This scene is heavily spiritual, but it makes perfect sense. Daredevil’s Catholic, so he believes in God, in right over wrong, in humans having souls. Since he’s speaking to a killer, his beliefs about those topics are naturally going to come up.

If you want characters to openly talk about faith, a great way to do so is give them spiritual backgrounds and put them in situations where those beliefs will naturally come up.