Hugo Dyson said that while listening to J.R.R. Tolkien read “Lord of the Rings” in  Inklings meetings.

While I disagree with Dyson’s assessment, I must admit it’s been tempting to repeat that phrase when reading modern fantasy.

Since Tolkien published his epic in 1954, many fantasy writers have imitated his style –British/Germanic folklore creatures, long-lost kings, quests to defeat operatic evil magicians — rather than developing unique stories inspired by his work.

In response, writers seem to be moving away from Germanic/British-style fantasy stories and towards stories inspired by other traditions.

For example, recent calls for submissions by Tor, a leading U.S. fantasy publisher, asked for stories with “worlds that are not modeled on European cultures. We are seeking worlds that take their influences from Africa, Asia, the indigenous Americas, or any diasporic culture from one of those sources.”

One excellent source of Asian stories is “One Thousand and One Nights,” better known to Western readers as “Arabian Nights.” This story collection’s already had great impact on Western literature, but there are many aspects modern writers haven’t mined yet.

Here are some distinctly eastern elements from Arabian Nights that might inspire unique stories.

“Beowulf” has few female characters, and one of the few mentioned, Thryth, is only referenced because she’s a troublemaker. She’s more sympathetic in “Beowulf”‘s historical context, but ultimately her role is she’s a bad woman until she gets married. 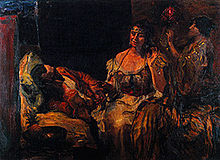 In “Arabian Nights,” the female characters aren’t just important, they’re intelligent. The first story, concerns Scheherezade, the latest bride of a Sultan who’s vowed to kill each of his wives after one night with her.
Sheherezade stalls for time by telling stories, making the Sultan postpone the execution just one more night each time to hear more.

The remaining stories are supposed to be Scheherezade’s tales, which continue for one thousand and one nights (hence the original title).

Other stories have equally clever women. They may ultimately marry the heroes, but they also trick antagonists with riddles or traps, command everyone’s respect, and often change entire plots with calls to adventure.

Since “Scheherezade” sets up all the following stories as tales Scheherezade’s telling, most of the volume is a story within a story – and then the characters within those stories occasionally tell stories about their pasts (Sinbad the Sailor) or parables (a fisherman rebuking a genie).

It may not be ideal to follow this model exactly, but there’s something to be said for its subtle complexity. Just when you think the narrator is overdoing it, you remember the narrator is a woman trying to stall her own execution. 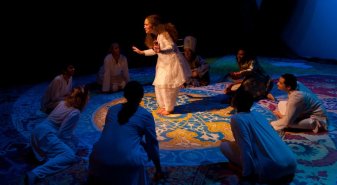 Many scholars believe the “Arabian Nights” stories were originally oral tales, and they still have that feel.

Just when stories are beginning to wind down, unlikely twists bend the narratives in new directions — like a storyteller seeing the audience is bored and improvising.

The narrative tone has a simple but ringing quality reminiscent of dramatic campfires tales that last long into the night.

Even stories which aren’t authentic to the original collection — such as “Aladdin,” probably written by a European translator — still have this sweeping oral tone that sets them apart from many Western fantasy works. 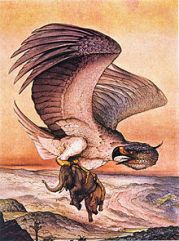 Several tales — including “The Seven Voyages of Sinbad” — mention a massive bird called a roc.

While giant birds do feature in LOTR, rocs differ from Tolkien’s great eagles in that they don’t talk, and they have divine significance.

Genies revere rocs, and anyone who messes with one will suffer dearly as if desecrating a temple. Even trying to get a roc egg for decoration is blasphemous.

5. Genies As More than Wish-Givers 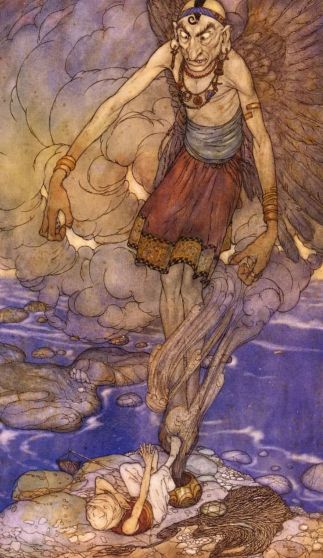 They’re so much more.

An important part of Muslim cosmology, Genies are similar to angels or demons in Christian theology, supernatural beings living on a different plane who have awesome interactions with mortals.

Some Genies – such as in “Aladdin” — have been bound to specific objects and commanded to serve whoever claims the objects.

Others have more free will – such as in “The Fisherman and the Genie” (pictured right) where a genie escapes imprisonment and tries to kill the man who freed him.

A genie’s powers don’t seem to have many limits, either.

Some stories also describe genie offspring (“fairies,” in the particular translation I read) whose magic powers are only slightly less powerful.